A HUGE win for marriage recognition!

We had to tell you first: a judge has just ruled in SAVE's favor in the federal marriage recognition lawsuit we filed with the ACLU of Florida.

We WON our case!! 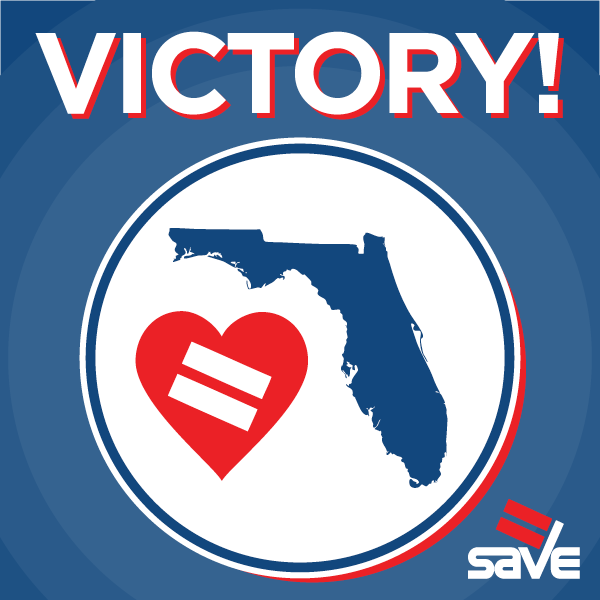 The ruling has already been stayed, meaning that any decision won't go into effect until a higher court rules. But today's decision means relief is finally in sight for thousands of gay and lesbian Floridians married out-of-state.

For a couple like Tom and Juan, it means that their baby son might finally get the protections afforded children of opposite-sex couples under the laws of Florida.

For a couple like Lindsay and Sarah, it means that they might finally get the access to employer-provided health insurance allowed to opposite-sex spouses through Lindsay's job.

The list goes on. And while the fight doesn't end today, it's a huge step closer to justice for married gay and lesbian Floridians.

YOU made our success possible, but the fight isn't over.
We need your help to keep the fight alive for another round!

Onward! Thank you for your support!